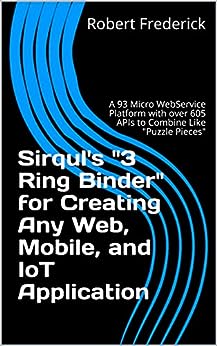 In 1999, Amazon.com acquired a ten person startup in Norcross, GA for just over $20M. Robert Frederick led this engineering team, was the first to move to Seattle, WA, and after orientation, learned that his new group within Amazon would be called "Amazon Anywhere", a fitting title given that the team would focus on commerce opportunities that were outside of web browsers. Robert’s team had spent the previous three years putting together a platform called DeviceTalk and an app called TeleBrowser which was integrated within Amazon within his first 30 days, enabling Amazon Anywhere’s public offering debut in October of 1999 via a partnership with Palm to wirelessly 1-click enable "mobile commerce" on Palm Vii devices using a set of new private APIs.

Amazon Anywhere’s Mission Statement was to "make it possible for Anyone, Anywhere, at Any Time to be able to access Any Amazon feature from Any Device". Devices that the team were focused on were Personal Data Assistants, Cell Phones, Landline Phones, and Televisions. After the first launch, Robert managed each of Anywhere’s Public releases in the USA, Europe, and Asia until 2002 when the team’s Mission Statement was changed by adding three words to the end: "or any application". Besides enabling people to shop via their mobile device, with their voice, or via their interactive television set top box, the Anywhere team’s APIs became the framework and documented way 3rd Party developers would learn how to interact with Amazon’s infrastructure and earn an ROI for integrating Amazon functionality into their applications. The Amazon Anywhere team was renamed the Amazon Web Services team and Robert led the transformation from having only a handful of private partners and customers using the APIs to having over 60,000 registered users within the first 6 months of launch.

After multiple releases of the E-Commerce Service (ECS) and proving that there was an appetite for storage, compute, and even traveling with Jeff Bezos to promote AWS, Anywhere, and Amazon in the USA and internationally (do a google search for Robert Frederick and Jeff Bezos at MIT), Robert and members of his Anywhere team authored the first AWS patents for offering services to the public that would be secure, private, metered, and leverage the concept of micro-billing within a Web Service Marketplace. This 2002-2003 patent would lay the groundwork for numerous follow-on patents related to Amazon’s strategies for Web Services, Subscriptions (think Amazon Prime), and Billing that goes beyond just services that Amazon offered, as it even described how 3rd Parties could list, publish, and leverage Amazon to bill customers based upon usage plans on their behalf.

What does this have to do with Sirqul and why is this relevant today? During the months before the Anywhere team was changed into the AWS team, Rick Dalzell the CIO of Amazon and Neil Roseman, both Robert’s mentors and Sirqul advisors/shareholders, were calling for Amazon to have a "3 Ring Binder", a manual, that they could give to any customer or partner to use as an integration tool to enable them to use all that Amazon had to offer to power their website and online commerce goals. Robert was part of that team conceiving of a way to do this M.com and [email protected] strategy. His focus was on the APIs and sharing his experiences working with mobile operators, device manufacturers, ODMs, and search engine partners like Google and Yahoo who were not satisfied with downloading data feeds.

To make a long story short, Robert never gave up this mission. Instead of being limited to Commerce, especially since the rise of Social Networking and Pervasive Computing (IoT, Smart City, AR, and AI), Robert decided to do his own startup which was renamed Sirqul in 2012 focused on creating this elusive "3 Ring Binder". This document involves years of work. The mission has finally been achieved.

With the right idea, anyone can now create a virally adopted, successful application.

Be the first to review “iot application: Sirqul’s “3 Ring Binder” for Creating Any Web, Mobile, and IoT Application: A 93 Micro WebService Platform with over 605 APIs to Combine Like “Puzzle Pieces”” Cancel reply