obamacare: The Ten Year War: Obamacare and the Unfinished Crusade for Universal Coverage 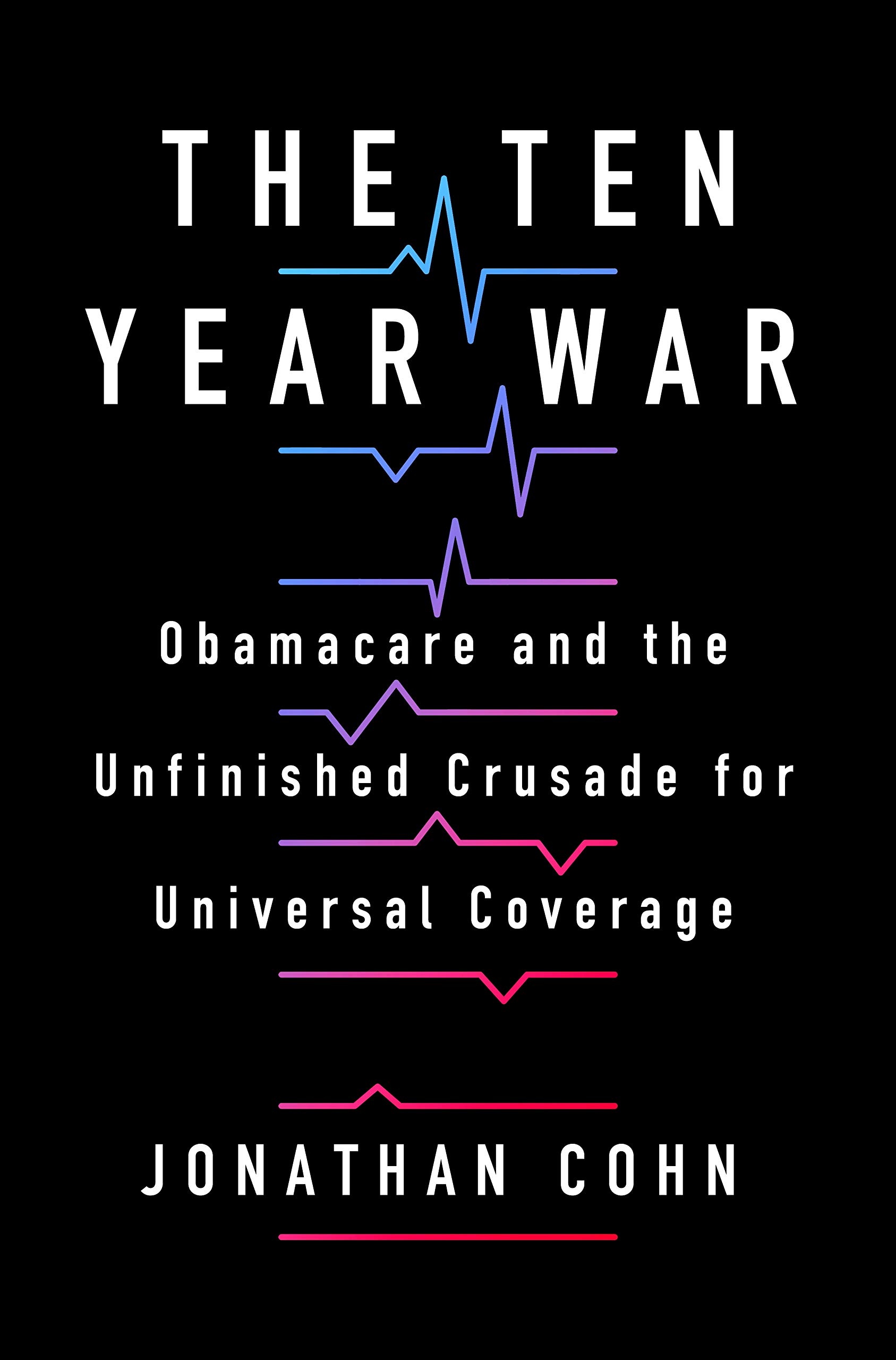 obamacare: The Ten Year War: Obamacare and the Unfinished Crusade for Universal Coverage

Jonathan Cohn’s The Ten Year War is the definitive account of the battle over Obamacare, based on interviews with sources who were in the room, from one of the nation’s foremost healthcare journalists.

The Affordable Care Act, better known as “Obamacare,” was the most sweeping and consequential piece of legislation of the last half century. It has touched nearly every American in one way or another, for better or worse, and become the defining political fight of our time.

In The Ten Year War, veteran journalist Jonathan Cohn offers the compelling, authoritative history of how the law came to be, why it looks like it does, and what it’s meant for average Americans. Drawn from hundreds of hours of interviews, plus private diaries, emails and memos, The Ten Year War takes readers to Capitol Hill and to town hall meetings, inside the West Wing and, eventually, into Trump Tower, as the nation’s most powerful leaders try to reconcile pragmatism and idealism, self-interest and the public good, and ultimately two very different visions for what the country should look like.

At the heart of the book is the decades-old argument over what’s wrong with American health care and how to fix it. But the battle over healthcare was always about more than policy. The Ten Year War offers a deeper examination of how our governing institutions, the media and the two parties have evolved, and the dysfunction those changes have left in their wake.

Be the first to review “obamacare: The Ten Year War: Obamacare and the Unfinished Crusade for Universal Coverage” Cancel reply

walk in clinic near me: Tantric Sex: The Best Oriental Kama Sutra Sex Positions for Couples With High-Level Techniques To Make WILD SEX and EXPLODE Your Private Life [With Yoga Bonus]